The Süper Lig meeting at Antalya Stadyumu on Sunday will see hosts Antalyaspor fighting it out with opponents Gençlerbirliği.

All Antalyaspor v Gençlerbirliği match predictions, user poll and stats are shown below including the latest game odds.

Antalyaspor head into this match after a 2-2 Süper Lig stalemate against Galatasaray.

For Antalyaspor, the goalscorers were Fredy (19') and Gustavo Blanco (92'). Marcelo Saracchi (58') and Younès Belhanda (64') scored for Galatasaray.

Tamer Tuna's Antalyaspor have celebrated scoring 7 times in their preceding half-dozen outings. The corresponding tally of goals that have been scored against them in those games stands at 7.

After suffering a loss in their previous game against Beşiktaş in Süper Lig action, Gençlerbirliği will be aiming to make amends here.

It has become apparent that Gençlerbirliği have suffered from a lack of goals over their last six games, netting the unsatisfactory return of just 4. In those matches, Ankara Rüzgârı have also seen the collective goal tally of their opponents equal 9.

Checking on their prior head-to-head meetings dating back to 05/11/2016 shows that Antalyaspor have won 2 of these and Gençlerbirliği 1, with the number of drawn results being 3.

A combined total of 14 goals were scored between the two sides in these games, with 5 from Akrepler and 9 coming from Ankara Rüzgârı. That’s an average goals per game figure of 2.33.

The last league meeting between these sides was Süper Lig match day 25 on 09/03/2020 when it ended Gençlerbirliği 1-1 Antalyaspor.

Thanks to a fully healthy squad ready to go, Gençlerbirliği manager Hamza Hamzaoğlu doesn’t have any fitness concerns whatsoever ahead of this clash.

Gençlerbirliği could well find it tough to score against this Antalyaspor lineup who we reckon will score at least once to gain the upper hand.

Therefore, we predict a very even match with a 1-0 advantage for Antalyaspor at the end of the match.

Over/Under 2.5 Goals Prediction for Antalyaspor vs Gençlerbirliği
Under 2.5 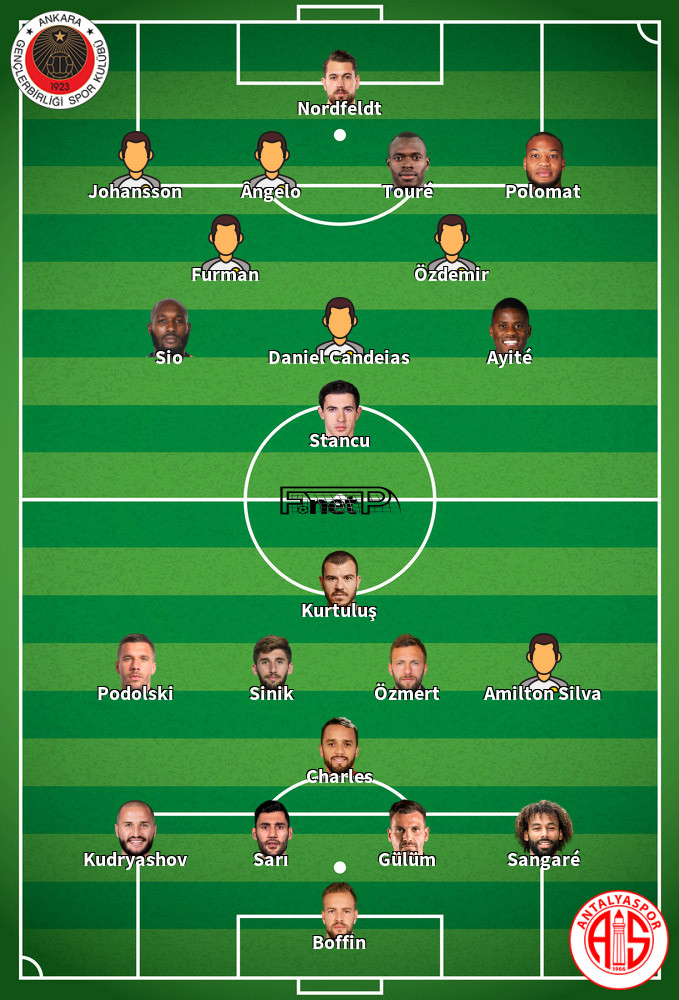 We have made these Antalyaspor v Gençlerbirliği predictions for this match preview with the best intentions, but no profits are guaranteed. Please always gamble responsibly, only with money that you can afford to lose. Good luck!