Exeter City will take to the pitch with away team Ipswich Town at St James Park in the League One match on Saturday.

For all of our match predictions, pre-game poll and statistics for Exeter City v Ipswich Town, scroll down - along with the latest match odds.

Exeter City are hoping to win again following the 3-2 League One victory vs Peterborough United.

Exeter City have not been the best at stopping their opponents of late, although they have also done enough to hit the back of the net themselves. Analysis of their previous 6 games shows that Exeter City have been punished defensively in 5 of them as well as getting on the scoresheet in 5 of those matches. We will just have to see if that trend will end up being continued on in this game.

Coming into this meeting, Exeter City have not been beaten in their last 2 home league matches.

In their previous game, Ipswich Town drew 1-1 in the League One match with Cheltenham Town.

The only player to score from Ipswich Town was Luke Woolfenden (8'). Ryan Broom (34') was the scorer for Cheltenham Town.

Heading into this contest, Ipswich Town have not been beaten in their last 3 league matches away from home.

It’s a low absenteeism rate, with just the sole fitness concern for the Exeter City gaffer Gary Caldwell to be concerned with due to a largely intact squad. Kyle Taylor (Fracture-dislocation of the ankle) is sidelined.

With a completely injury-free squad to pick from, the Ipswich Town manager Kieran McKenna has zero fitness concerns at all coming into this game.

Our feeling is that Exeter City could well find it tough to break down this Ipswich Town side who we reckon should get the vital goal that wins it.

We’re therefore seeing a highly competitive game with a 0-1 winning margin for Ipswich Town at full-time. 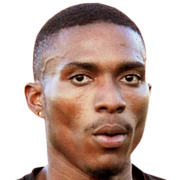 Generally taking to the field in the Central Attacking Midfielder position, Jevani Brown was born in England. After having played his first senior match for Cambridge United in the 2017 - 2018 season, the talented Midfielder has managed 9 league goals in the League One 2022 - 2023 campaign so far in a total of 17 appearances.

We have made these Exeter City v Ipswich Town predictions for this match preview with the best intentions, but no profits are guaranteed. Please always gamble responsibly, only with money that you can afford to lose. Best of luck with your selections.