FC Brno are the guests at Andrův Stadión on Saturday for the First League game with home team Sigma Olomouc.

Scroll down to see all of the predictions, poll and statistics for Sigma Olomouc v FC Brno - as well as up-to-date odds.

Sigma Olomouc head into this game following a 0-0 First League draw versus Bohemians 1905.

Matches featuring Sigma Olomouc have often been absorbing affairs of late with a lot of goalmouth action expected. Over their past half dozen clashes alone, a grand total of 20 goals have gone in for both sides combined (at an average of 3.33 goals per game) with 9 of these belonging to Hanáci. With no two games being the same, we will just have to wait and see if that trend shall persist in this match or not.

In their last fixture, FC Brno drew 0-0 in the First League match with Tescoma Zlín.

It has become apparent that FC Brno have been starved of goals over their previous six games, netting the unsatisfactory return of only 4. In those matches, Flinta have also seen the collective goal aggregate against them equal 7.

Coming into this clash, FC Brno haven't beaten Sigma Olomouc in games played away from home for the previous 12 league games. An awful away record.

Inspecting their past head to head clashes going back to 14/04/2014 shows that Sigma Olomouc have won 2 of these games & FC Brno 3, with the tally of drawn results being 1.

16 goals were scored between them in these games, with 8 from Hanáci and 8 for Flinta. The average goals per game has been 2.67.

The last league contest featuring these sides was First League match day 4 on 20/09/2020 when it ended FC Brno 2-4 Sigma Olomouc.

The referee was Jan Petřík.

Owing to a fully healthy squad to pick from, FC Brno boss Richard Dostálek does not have any fitness worries to report ahead of this game.

FC Brno have the capability to put one past this Sigma Olomouc outfit, although it might not quite be as many as they will have scored against them.

We’re tipping a close game with a 2-1 win for Sigma Olomouc when all is said and done. We’ll have to see what happens. 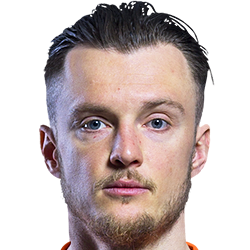 Generally played in the Striker position, Martin Nešpor was born in Czech Republic. Having played his first senior match for Bohemians 1905 in the 2009 - 2010 season, the talented Forward has hit 3 league goals in this First League 2020 - 2021 season to date in 18 appearances.

We have made these Sigma Olomouc v FC Brno predictions for this match preview with the best intentions, but no profits are guaranteed. Please always gamble responsibly, only with money that you can afford to lose. Good luck!