Kasimpasa will do battle with away team İstanbul Başakşehir at Recep Tayyip Erdoğan Stadyumu in the Super Lig game on Saturday.

Scroll down for all of our predictions, poll and stats for the Kasimpasa v İstanbul Başakşehir game - as well as up-to-date odds.

Kasimpasa will be looking for a repeat result of a 1-0 Super Lig triumph versus İstanbul Başakşehir.

Matches featuring Kasimpasa have usually been entertaining encounters lately with plenty of scoring expected. Over their past half dozen games, a grand total of 20 goals have been scored for both teams combined (at an average of 3.33 goals per game) with 10 of them accredited to Kasimpasa. Previous results aside, we’ll just have to find out whether the trend might continue on in this game.

Leading up to this clash, Kasimpasa:

Looking at their past form shows that İstanbul Başakşehir:

A look at their prior head-to-head clashes stretching back to 26/07/2020 shows that Kasimpasa have won 1 of them and İstanbul Başakşehir 4, with the number of drawn matches standing at 1.

The last league fixture between the two was Super Lig match day 1 on 08/08/2022 when it ended İstanbul Başakşehir 4-0 Kasimpasa.

At the other end, Kasimpasa had 9 attempts on goal with 3 of them on target.

The referee was Alì Palabiyik.

The Kasimpasa boss Selçuk İnan does not have any fitness worries whatsoever ahead of this clash with a completely injury-free group to pick from. The players who will not be able to play in this game through being suspended are Jeffrey Bruma and Fodé Koita.

Owing to a completely healthy group ready to go, the İstanbul Başakşehir manager Emre Belözoğlu has zero fitness worries to report coming into this match.

We’re inclined to think that Kasimpasa will have to play well to breach the defence of this İstanbul Başakşehir team who we reckon will get a goal themselves and run out victorious.

We therefore see a very competitive encounter with a 0-1 winning score for İstanbul Başakşehir at the end of the 90 minutes. 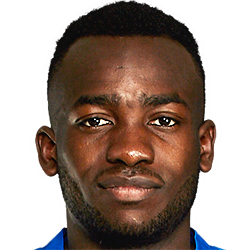 Mostly taking to the field in the Striker position, Stéphane Bahoken was born in Grasse, France. Having made a first senior appearance for Nice in the 2010 - 2011 season, the skilful Forward has contributed 4 league goals in this Süper Lig 2022 - 2023 campaign so far in a total of 16 appearances.

We have made these Kasimpasa v İstanbul Başakşehir predictions for this match preview with the best intentions, but no profits are guaranteed. Please always gamble responsibly, only with money that you can afford to lose. Good luck if you do place a bet today.