The Premier Division match at The Showgrounds on Saturday will see home side Sligo Rovers playing against opponents Longford Town.

All Sligo Rovers v Longford Town game predictions, stats and user poll are shown below - plus the latest match odds.

Sligo Rovers go into this game following on from a 1-1 Premier Division stalemate vs Waterford.

The only name on the scoresheet from Sligo Rovers was Andre Wright (42'). Phoenix Patterson (50') was the scorer for Waterford.

Over their last 6 games, Liam Buckley's Sligo Rovers have seen rewards for their attempts on goal a combined total of 6 times, with that being an average number of goals per match of 1.

Since being beaten in their last game against Bohemian FC in Premier Division action, Longford Town will be hoping to turn things around here.

In a total of 5 of the previous 6 games featuring Longford Town, three or more goals have been hit. The average goals scored per game during that spell is 3.67, with the number of goals averaged by Longford Town working out to 1.

Ahead of this clash, Longford Town are without a win away from home in their last 15 matches in the league. They clearly need to do something about it.

An examination of their prior head to head clashes stretching back to 23/07/2016 shows us that Sligo Rovers have won 4 of these games & Longford Town 1, with the tally of drawn games being 1.

An aggregate of 10 goals were shared by the two clubs during those clashes, with 7 from The Bit o' Red and 3 for The Town. That’s an average goals per game of 1.67.

The last league encounter featuring these sides was Premier Division match day 19 on 03/07/2021 when it ended Longford Town 0-1 Sligo Rovers.

The match was refereed by Graham Kelly.

The Sligo Rovers manager Liam Buckley will be happy not to have any fitness concerns to speak of coming into this match with a fully injury-free squad available for selection.

Due to a fully injury-free squad ready to go, the Longford Town manager Daire Doyle does not have any fitness concerns whatsoever before this clash.

Our feeling is that Sligo Rovers will probably have the majority of the possession and should be able to turn a few of their chances into goals.

At the other end, Longford Town are also probably going to find it difficult finding the net themselves - but, we do see them scoring here. 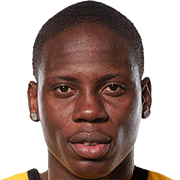 Customarily used in the Left Wing position, Romeo Parkes was born in Port Maria, Jamaica. Having made a first senior appearance for Pittsburgh Riverhounds in the 2016 season, the accomplished Forward has bagged 4 league goals in this Premier Division 2021 campaign so far from a total of 21 appearances.

While we have made these predictions for Sligo Rovers v Longford Town for this match preview with the best of intentions, no profits are guaranteed. Always gamble responsibly, and with what you can afford to lose. We wish you the best of luck.