The Querétaro FC v Monterrey live stream video is ready to be broadcast on 18/10/2021. Football fans can watch this match on a live streaming service should the game be included in the schedule provided above. Here we arm you with useful info for watching this Liga MX (Apertura) match including the most recent guide to form, head to head clashes and our match tips.

To view the match using alternative methods, search for broadcasters’ schedules for your locality. These broadcasting contracts are often allocated on a per-competition/league or even per-match level. For matches shown live on regional tv programmes, check the listings on channels such as BT Sport, Amazon Prime Video, Sky Sports, Now TV, iTV, Canal+, Fox Soccer, ESPN relevant to where you are.

Where the abovementioned broadcaster is providing Querétaro FC v Monterrey football live streaming coverage, you’ll be able to view it on a mobile (iPhone, Android including Xiaomi) and computer as well as tablet (eg iPad, Acer ACTAB).

Post-game, we may also provide a link to the match highlights from time to time. We are not responsible for transmitting any match video content linked to from this site. All legal issues must be directed to the hosters/owners of said content.

Their more recent scorelines really do illustrate the point that much solidity has been shown by the Querétaro FC backline. Querétaro FC have been stingy, seeing the total number of goals that have gone past their goalkeeper over the course of their last 6 clashes standing at 4.

Since a losing effort in their last game against León in Liga MX (Apertura) competition, Monterrey will be aiming to make amends here.

Javier Aguirre's Monterrey have fired home a total of 8 times throughout their latest 6 matches. The aggregate of goals that they have conceded during those same matches equals 7.

A glance at their prior head-to-head clashes going back to 05/08/2018 tells us that Querétaro FC have won 2 of these games & Monterrey 4, with the number of drawn matches being 0.

An aggregate of 18 goals were produced between them in this period, with 8 of them from Gallos Blancos and 10 coming from Los Rayados. That’s an average goals per game figure of 3.

That day, Monterrey managed 49% possession and 12 shots at goal with 4 of them on target. Their only player on the scoresheet was Rogelio Funes Mori (16', 21').

Querétaro FC got 5 attempts at goal with 3 on target. Ángel Sepúlveda (27') scored.

The referee was Jorge Macías Romo.

The Querétaro FC manager Leonardo Ramos doesn’t have any fitness worries whatsoever coming into this clash with a completely healthy group ready to go. Jonathan Dos Santos is ineligible for this match because of suspension.

Thanks to a largely healthy group, there is only the lone fitness problem for the Monterrey gaffer Javier Aguirre to be concerned about. Joel Campbell (Sprained ankle) won’t be playing here.

We feel that Querétaro FC will need things to go their way to hit the back of the net against this Monterrey outfit who we think will manage to get a goal of their own in a winning performance.

That’s why we have predicted a narrow 0-1 advantage for Monterrey at the end of the 90. 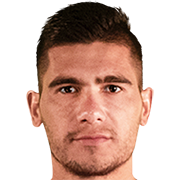 Usually taking to the field in the Striker position, Jonathan Dos Santos was born in Salto, Uruguay. Having played his first senior match for Querétaro FC in the 2020 - 2021 season, the dangerous Forward has struck 2 league goals in this Liga MX (Apertura) 2021 - 2022 season to date coming from a total of 5 appearances.

While we have made these predictions for Querétaro FC v Monterrey for this match preview with the best of intentions, no profits are guaranteed. Always gamble responsibly, and with what you can afford to lose. Good luck with your selections.

⚽️ Where can I find the previews for other Liga MX (Apertura) games?

View all of our next (and previous) Liga MX (Apertura) predictions & previews here.