Return to this page a few days before the scheduled game when this expired prediction will be updated with our full preview and tips for the next match between these teams.
Full-Time Result Prediction for St Mirren vs Motherwell
Motherwell to Win
Saturday’s Scottish Cup action will see St Mirren playing against Motherwell.

We’re thinking that St Mirren will need things to go their way to get anything against this Motherwell team who we reckon will just have the edge. Our tip is therefore for a very competitive game with a 0-1 win for Motherwell when all is said and done. We’re expecting it to be that close. View all St Mirren v Motherwell tips, stats and our pre-match poll below including the latest game odds. 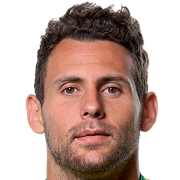 Generally played in the Central Attacking Midfielder position, Tony Andreu was born in Cagnes-sur-Mer, France. After making a first senior appearance for Livingston in the 2012 - 2013 season, the goalscoring Midfielder has managed 2 league goals in this Premiership 2019 - 2020 season to date in a total of 23 appearances.

While we have made these predictions for St Mirren v Motherwell for this match preview with the best of intentions, no profits are guaranteed. Always gamble responsibly, and with what you can afford to lose. Best of luck.