Return to this page a few days before the scheduled game when this expired prediction will be updated with our full preview and tips for the next match between these teams.
Full-Time Result Prediction for Swansea vs Derby County
Swansea to Win
Swansea will face off against visiting rivals Derby County at Liberty Stadium in the Championship fixture on Saturday.

Looking at these two teams, we feel that Derby County are likely to score against this Swansea team, although that may not be enough to prevent defeat. We’re expecting both teams to score in a 2-1 victory for Swansea by the conclusion of the game. Let’s see what eventuates. Scroll down for all of our predictions, poll and stats for the Swansea v Derby County game - as well as the best betting odds.

Taking a look at their past results, Derby County:

Both Teams to Score Prediction for Swansea vs Derby County
Yes 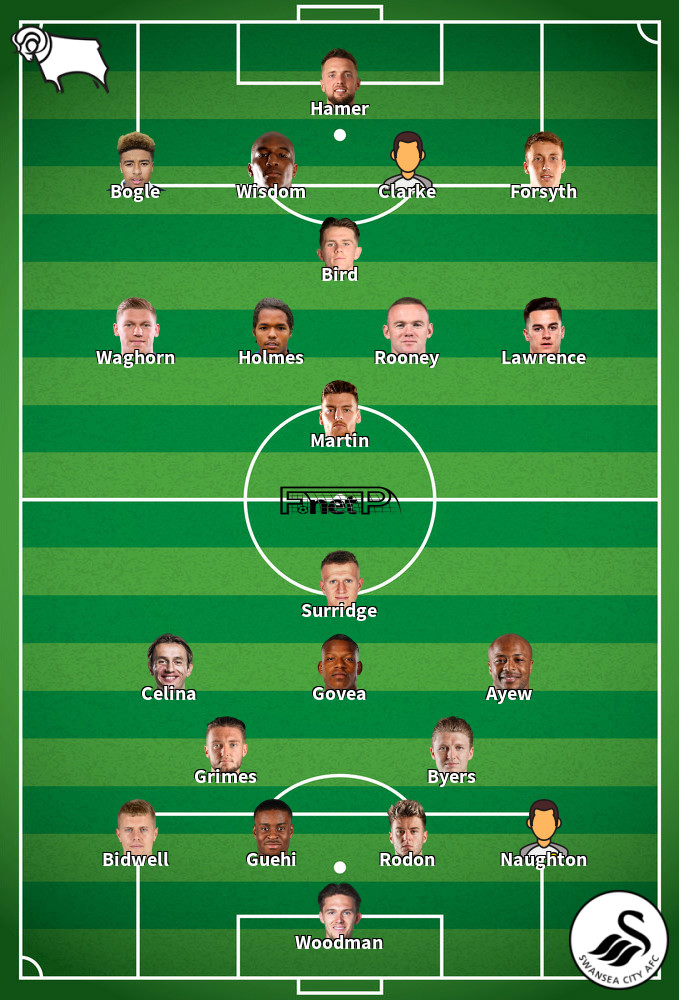 Over/Under 2.5 Goals Prediction for Swansea vs Derby County
Over 2.5

Their past results show that Swansea:

Usually playing in the Left Wing position, André Ayew was born in Seclin, France. After making a first senior appearance for Marseille in the 2007 - 2008 season, the goalscoring Forward has hit 10 league goals in the Championship 2019 - 2020 season to date in 28 appearances.

We have made these Swansea v Derby County predictions for this match preview with the best intentions, but no profits are guaranteed. Please always gamble responsibly, only with money that you can afford to lose. Good luck if you do place a bet today.