All IK Sirius v IFK Göteborg game predictions, stats and user poll are shown below (plus the best game odds).

IK Sirius won’t want a repeat of their last result here following the 4-3 Allsvenskan losing effort in their last game against BK Häcken.

Matches with IK Sirius have tended to be absorbing encounters recently with plenty of scoring being a common characteristic. Over their past six games alone, a total of 22 goals have flown in for both sides combined (at an average of 3.67 goals per game) with 9 of those accredited to IK Sirius.

IFK Göteborg will go into the game following on from a 2-0 Allsvenskan win with the downing of GIF Sundsvall in their most recent match.

The stats don’t lie, and IFK Göteborg have been scored against in 5 of their last 6 games, letting opponents get 8 goals overall. At the back, IFK Göteborg seem to have a bit of a soft underbelly. That pattern won’t necessarily be carried forward into this next game, however.

Looking over their past head-to-head clashes going back to 21/09/2019 shows that IK Sirius have won 0 of these and IFK Göteborg 2, with the number of draws being 4.

An aggregate of 21 goals were yielded between them during those clashes, with 9 of them for Blåsvart and 12 for Blåvitt. The average goals per game has been 3.5.

The previous league fixture between these clubs was Allsvenskan match day 28 on 21/11/2021 and the score finished IK Sirius 3-3 IFK Göteborg.

The IK Sirius boss Daniel Bäckström has zero fitness concerns at all coming into this clash with a fully healthy group available for selection.

With a fully healthy group available to select from, the IFK Göteborg boss Mikael Stahre does not have any fitness concerns whatsoever coming into this clash.

We feel that IFK Göteborg and IK Sirius could both end up scoring in a what should be a good tussle with little between the two teams.

Shouldn’t be much in it, and a draw looks quite a realistic result. Our tip is therefore for a 1-1 score at the end of this one. 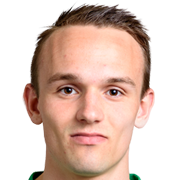 Mostly taking to the field in the Striker position, Aron Bjarnason was born in Iceland. After having made a senior debut playing for Újpest FC in the 2019 - 2020 season, the accomplished Forward has managed to score 3 league goals in this Allsvenskan 2022 campaign to date in a total of 10 appearances.

While we have made these predictions for IK Sirius v IFK Göteborg for this match preview with the best of intentions, no profits are guaranteed. Always gamble responsibly, and with what you can afford to lose. Best of luck with your selections.