Return to this page a few days before the scheduled game when this expired prediction will be updated with our full preview and tips for the next match between these teams.
Full-Time Result Prediction
👉
Podbeskidzie B-B to Win

Podbeskidzie B-B come up against the visiting Wisla Plock at Stadion Miejski w Bielsku-Białej in the Ekstraklasa match on Saturday.

Scroll down to see all of the predictions, poll and statistics for Podbeskidzie B-B v Wisla Plock - along with the latest match odds.

Podbeskidzie B-B will be hoping to return to winning ways here after a 2-0 Ekstraklasa loss in their previous game against Piast Gliwice.

Robert Kasperczyk's Podbeskidzie B-B have seen rewards for their attempts on goal 7 times over their past 6 outings. At the other end, the tally of goals that have been scored against them in that time stands at 10.

After a loss in their previous game against Lechia Gdańsk in Ekstraklasa action, Wisla Plock and their fans will hope to get a better result this time.

The stats tell the story, and Wisla Plock have been scored against in 5 of their last 6 matches, with opponents netting 9 goals in total. In defence, Wisła Płock have seen their frailties exposed. That pattern won’t necessarily be carried forward here, of course.

The last league game featuring these clubs was Ekstraklasa match day 14 on 18/12/2020 when the final score was Wisla Plock 4-1 Podbeskidzie B-B.

The referee was Paweł Gil.

Podbeskidzie B-B boss Robert Kasperczyk will be happy not to have any fitness worries at all coming into this match with a fully injury-free squad to pick from.

Due to a fully injury-free group available to select from, Wisla Plock boss Maciej Bartoszek does not have any fitness concerns whatsoever before this clash.

We’re of the opinion that Wisla Plock might need a bit of good fortune to see themselves scoring against this Podbeskidzie B-B outfit who we reckon will score at least once to put them ahead.

That’s why we have predicted a very competitive encounter with a 1-0 winning score for Podbeskidzie B-B at the conclusion of the game. 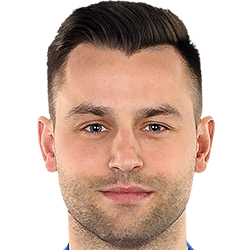 Normally taking up the Striker position, Kamil Biliński was born in Wrocław, Poland. Having played his first senior match for Śląsk Wrocław in the 2008 - 2009 season, the goalscoring Forward has accumulated 11 league goals in this Ekstraklasa 2020 - 2021 season so far from a total of 24 appearances.

We have made these Podbeskidzie B-B v Wisla Plock predictions for this match preview with the best intentions, but no profits are guaranteed. Please always gamble responsibly, only with money that you can afford to lose. Good luck with your selections.